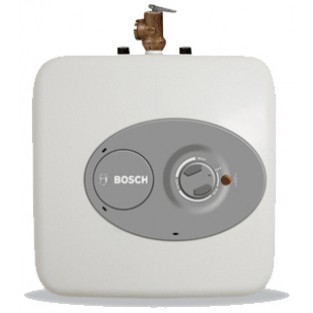 The new Bosch ES2.5, ES4 and ES8 have many new improvements since they have been upgraded. The mini tanks have a new temperature adjustment knob on the front of the unit to raise and lower the temperature from 65 Deg F to 145 Deg F. On the older models you would have to remove the grey oval cover to access the temperature control knob.

The Bosch ES2.5, ES4 and ES8 models have a new improved thermostat that features a new sensing probe that is attached to the thermostat and inserts into the cavity of the new heating element so the heater can adjust temperatures quicker and maintain a more consistent heat.

The new model ES8 now has to be hard wired to a plug for 110V.  Global Protankless Supply carries 6' cords for the Bosch ES8 heater.

See our web site at www.prowaterheatersupply.com for all the details.

Steve
Posted by Global ProTankless Supply at 10:37 PM No comments: